We put the digital source back into the floppy drive. Do you remember the tacking of 3.5" drives?

Glowing pixel power, scroll texts and raw soundchip music are part of the research and help to restore memories.

“Crowdfunding enables me to create complex niche books that renowned publishers would hardly ever publish. I look back, but not sentimentally. As a long-standing journalist and graduate designer, I work closely with lecturers, translators and proofreaders. The layout is always created by a professional freelance designer.”

The Internet is full of fragments, but don’t they belong together? Many pixel designs can be viewed, but can they be understood as such? We try to curate contemporary digital art and tell the story with a view to future generations.

Do you remember your first experiences with a joystick or a computer mouse? The sound of a floppy disk drive? The flashing of a cathode ray tube? These are memories we are happy to share with the next generation.

Sinclair Spectrum, VIC 20, Amstrad CPC, C64, Amiga or Atari ST had a great influence on our understanding of digital processes. But as easy as it was to discover art, programming and music on home computers, so hard was it to master them.

Digital creation in the 1980s required the patience of a rock and the persistence of water. We grew up with spectacular approaches for the future. Have they become reality?

DTP, multitasking, multiprocessing, network, CAD or a GUI with mouse operating system: invented in our youth. However, many new digital jobs came up and fell within a short time. We had to be very flexible and creative to survive. Our computer generation has never got used to technical continuity.

I was born in the mid-1970s, grew up in the 80s, with 8-bit, then with “16”, with vinyl and tapes, then with CDs and the Walkman. A revolution. My personal revolution was our demo of the same name on the Atari ST: an early internship, like working in a design agency. After the home computer market crash in the 1990s, I attended the usual path of a creative person: Education in photography and “multimedia”, design studies, making documentaries and becoming a web designer.

The dotcom bust of 2001 distracted me to a film production career. I invested a year in education, but instead ended up in the early mobile business. WAP was the name of the game. The Wireless Application Protocol? Just a side note in mobile history.

For WAP I worked as a video editor and compressed blockbuster movies like Star Wars, King Kong and Nightmare on Elmstreet to a resolution that a C64 could easily display. It was 2005. We called them dancing stamps. It broke down. I changed from pictures to words and began to write. First as an online editor for home cinema and films, then as a 3D specialist for the right projection. Finally applications for home automation. Busted. I switched from online to print. From digital to analogue. To HiFi. Then back to digital: streaming media and audio technologies. Headphones at last. Do you remember listening to your favorite chipmusic on cassette tapes, through headphones? Now that I look back to the Micro Age (Microzeit), it feels like coming home.

“In order to offer a higher production value, Microzeit works together with specialized creative partners – to create a product with even more value for you.” 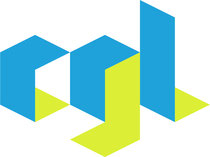